Evandro started the match with his only ace of the match. Both teams were able to hold their sideouts until 4:4. Meeuwsen jump served down the line against Andre who couldn’t get behind the ball for a proper reception. The first break of the match was for the Netherlands and led to a 5:4 lead. Meeuwsen served against Evandro, who returned the ball directly and Meeuwsen coming all the way from the back finished it.

As it got more windy both teams were having trouble keeping their service and reception stable. We saw a few service errors during this time. At 10:8 Robert Meeuwsen neither found the hands of the block nor the field and hit his attack out of bounds. The Brazilian team got their first break and came closer to the Netherlands 10:9. Another attack error by Meeuwsen led to a 10:10 score. His third attack was successful and the Netherlands took the lead 11:10 for the technical timeout.

After the technical timeout Andre hit the ball down the line but it was just outside, 12:10 for Brouwer/Meeuwsen. Meeuwsen got his first block against Evandro to increase their lead to 14:11. Brouwer didn’t want Meeuwsen to take all the glory and delivered an ace right after to 15:11. Brazil took their first timeout. With the wind behind him Meeuwsen started serving jump floats and got an ace against Andre to 17:12. Evandro got a nice block against Brouwer to a score of 19:15 for the Netherlands. After the second technical timeout the Netherlands only needed two more points to win the first set. Andre did a jump serve against Brouwer and got his first ace. After having trouble receiving Meeuwsen’s jump serve Andre ended the first set with an unforced attack error.

Weak service / reception by Brazil in the second set

The second set started off with four service errors in a row by the brazilian team. The team from the Netherlands on the other hand served well and put a lof of pressure onto the opponent’s reception. As you can see in the history Andre/Evandro had a hard time receiving and getting their sideout through. After some time Evandro even started serving jump floats instead his strong jump serve.

Just before swapping sides for the second time Brazil again had trouble finishing the ball after a poor reception from Andre. Brouwer was able to dig the ball and return it directly to the other side. That gave brazil a second chance for their sideout. Evandro took matters into his own hands and smashed the ball into the sand so fast you hardly see it in the video in real time. You must have a look at the slow motion.

Evandro with the attack of the match.

Unfortunately Brazil couldn’t keep the momentum and again did a service error right after this incredible point. Andre had a hard time getting his sideout through. He first hit it hard at the middle of the field which Brouwer returned directly. In the following attempt he tried a short cut behind the net. Brouwer was there again and was able to finish the ball for the Netherlands. Brazil called a timeout as they were now four points behind. Brouwer was not impressed by the timeout and again delivered a hard jump serve. This time brazil was able to kill the ball in their first attempt.

At 11:7 for the Netherlands neither Andre nor Brouwer couldn’t get their attacks through and we saw a couple of shorts balls across the net. Meeuwsen was forced to attack with his left arm and did an attack error. After the technical timeout at 12:9 Evandro was able to get his first block against Brouwer and secured the break for the Brazilian team to 12:10. As before Brazil couldn’t keep the momentum and increase the Netherland’s frustration after such a great block as Andre did an unforced service error.

At 14:11 Evandro hit a short attack cross court which Brouwer was able to defend. Meeuwsen took his chance and killed the ball on the second touch with a great attack. Another break for the Netherlands. Being on fire after this great defense Brouwer hit a straight ace. 16:11 for the Netherlands. Evandro showed one of his great jump serves at 18:13. Although Brouwer had trouble getting a proper reception he was able to hold his sideout with a short ball cross court. Meeuwsen then showed his massive blocking skills against Andre and secured another point for his team. 20:13 meant match ball for the Netherlands.

Meeuwsen with a massive block against Andre.

Brazil was able to get the last break of the match as Brouwer hit into the net. Andre finished the match with a service error.

Reception and setting made the difference

Both teams had 9 service errors. The Netherlands put more pressure into their service. They got one more ace made it hard for Brazil to receive (3 direct errors and 7 poor ones). A weak reception made it hard for the partner to deliver a good set. As you can see Robert/Meeuwsen did a better job here.

The setting quality by the Brazilian team was not as high.

The Austrian team started serving and Walkenhorst from Germany was able to hold his sideout. Sven Winter started serving for Germany. He also got a lucky dig on Winter’s attack. A direct return on the line meant an early lead of two points for Germany. Austria got their first break to 2:2 when Sven Winter’s attack was out of bounds. An ace by Tobias Winter got a Austrian team a 4:3 lead when both teams switches sides. Another ace from the other side lead to 5:3 advantage for Austria. At 4:5 Sven Winter served a short float behind the net. The Austrian team couldn’t get a proper reception. Walkenhorst got his first block at 6:6 when Hörl set too close to the net. Another block meant a 8:6 lead for Germany when both teams switched sides again. Impressed by his blocking skills, Tobias Winter hit his next attack outside the field. Austria called their first timeout at 6:9. After the short break Winter played a beautiful cut across the net. Hörl set the ball too close to the net again and left Winter no other chance than to hit right into it, 11:7 for the German team. The next attack by Tobias Winter down the line landed outside the field (7:12). Germany lead with five points 13:8 on the first technical timeout. 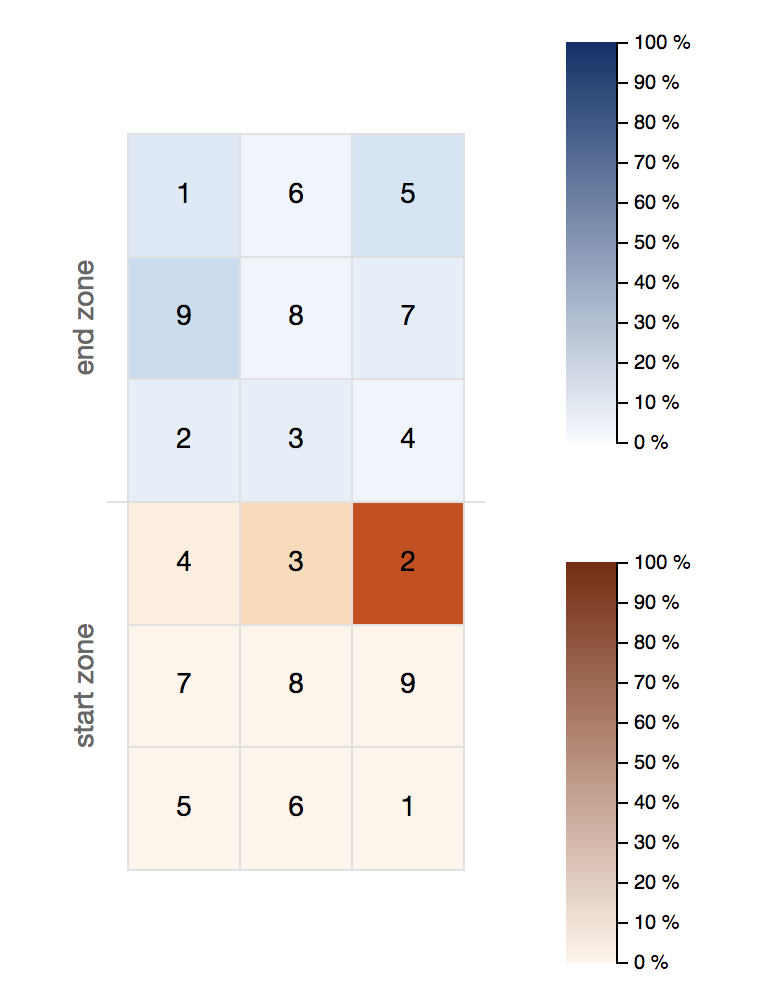 Tobias Winter hit his first attack after the technical timeout into the net (8:14). A good float serve from Sven Winter finished with an easy block from Walkenhorst increased their lead to 16:9. Austria also showed some good jump serves and this time Germany had trouble getting the reception and attack right (16:11). An ace by Hörl got the Austrian team closer to the German one (16:12). They got another break when Walkenhorst hit the next attack out of bounds (16:13). Team Germany took their first timeout. Austria continued serving with high pressure and Hörl got another ace against Walkenhorst (16:14). Tobias Winter blocked Sven Winter’s attack cross court (16:15). Unfortunately Austria ended this series with a service error (17:15). Walkenhorst got another great block against Tobias Winter (20:17). Germany got their first set point but Austria hold their own sideout. On the next ball Germany was unable to finish the ball on their first attempt. Tobias Winter dug the ball but hit the ball out of bounds. Germany won the first set 21:18. 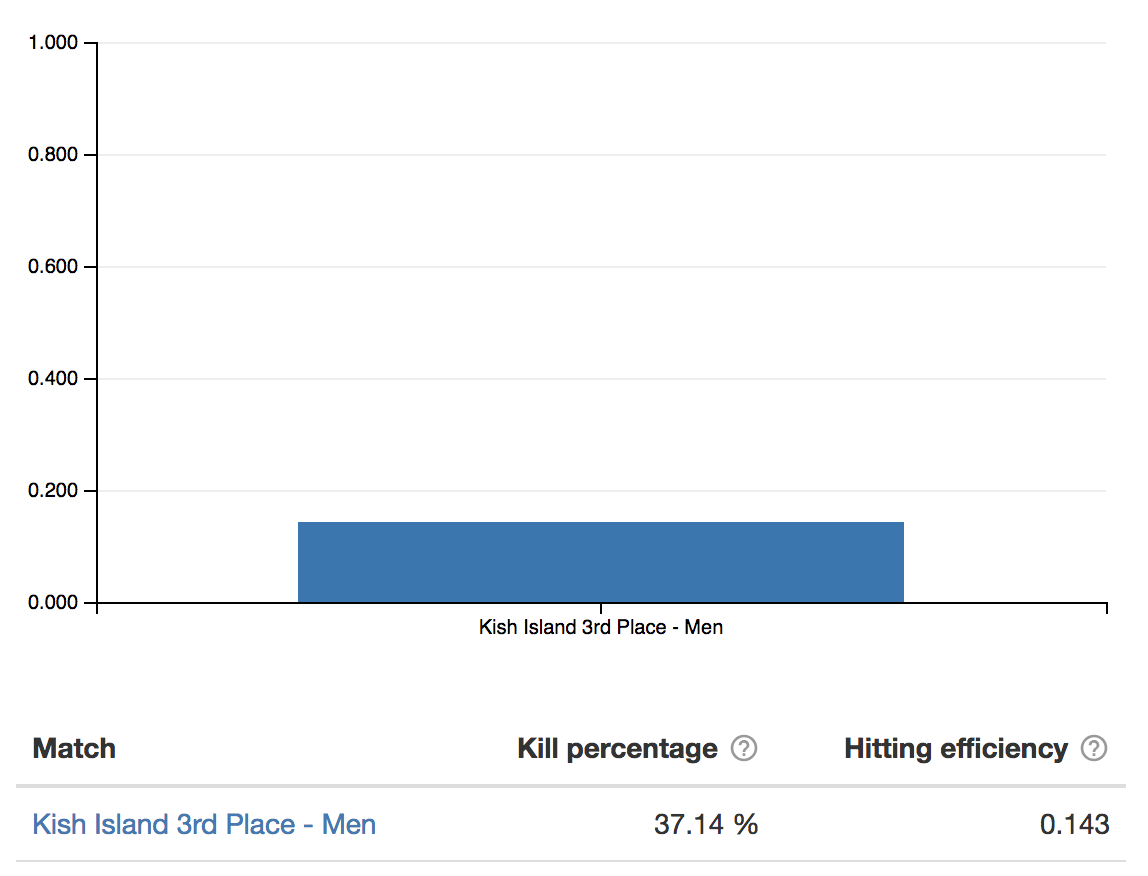 Sven Winter for Germany started with a service error in the second set (0:1). Both teams got their sideouts throug until Sven Winter jumped served through the middle. Austria returned the ball on first contact and Walkenhorst killed the ball with his first block in the second set (3:2). The next ball was exactly like the one before except Hörl had trouble receiving (4:2). Tobias Winter hit inside the net and Germany got an early lead of three points (5:2). Sven Winter dug the next ball and rewared himself by finishing it and scoring for Germany (6:2). Austria was forced to take their first timeout. That it was well taken showed the following service error from Sven Winter (6:3). Austria got a break after Germany wasn’t able to kill two attack attempts (6:4). Both teams played a string sideout until Sven Winter hit an ace right into the edge of the field (9:5). A clever service right into the middle forced Tobias Winter to an aggressive attack outside the field (10:5). Austria continued having trouble receiving Winter’s jump floats (11:5 and 12:5). A good dig and an impressive set far outside the field really close to the net got Germany their next break point (14:6). Tobias Winter got another attack error right before the technical timeout (15:6).

A lot of successful blocks from team Germany.

Sven Winter dug a short ball from Hörl, returned it directly to the other side but Walkenhorst secured the point for Germany with a block (16:6). Tobias Winter hit into the block and Germany was able to set and attack the ball (17:6). The next block by Walkenhorst against Tobias Winter was a direct point (18:6). Austria didn’t give up and got a few more breaks (18:9). Germany took their timeout. The short break made sure Germany was focused again (19:9). Tobias Winter dug and killed the ball for another break for Austria (19:11). Sven Winter got the first match point for Germany with this sideout. Sven Winter showed a good defence and successful attack afterwards. Germany won the second set 21:11.